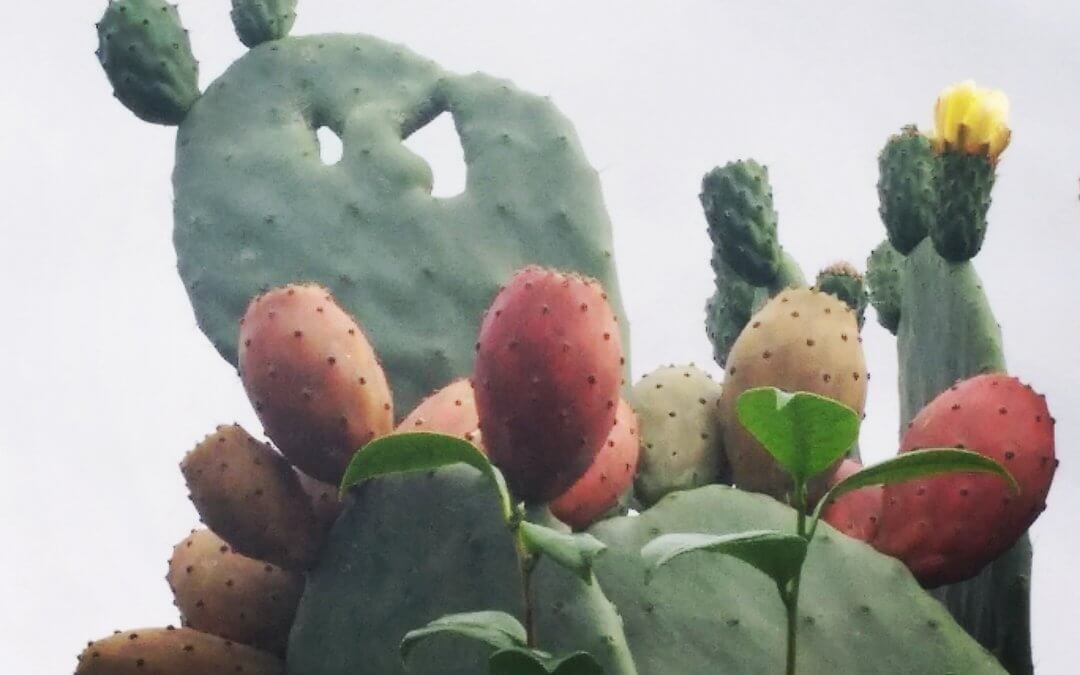 Opuntia, Nopal or The Prickly Pear (Opuntia littoralis) is from the central & Western America’s. They have been eaten & used as medicine in Mexico since the times of the Aztec’s or before.
All aerial parts of the plant are eaten world wide in many different forms, after removing the spines throw boiling or charring. The fruit is believed to be anti-inflammatory & antiviral while also having positive effects on reducing blood glucose levels. The plant is also used by healers in Mexico to treat wounds & inflammation of the digestive, skin & urinary system, but dosage is important because eating too much of the fruit may cause IBS. 