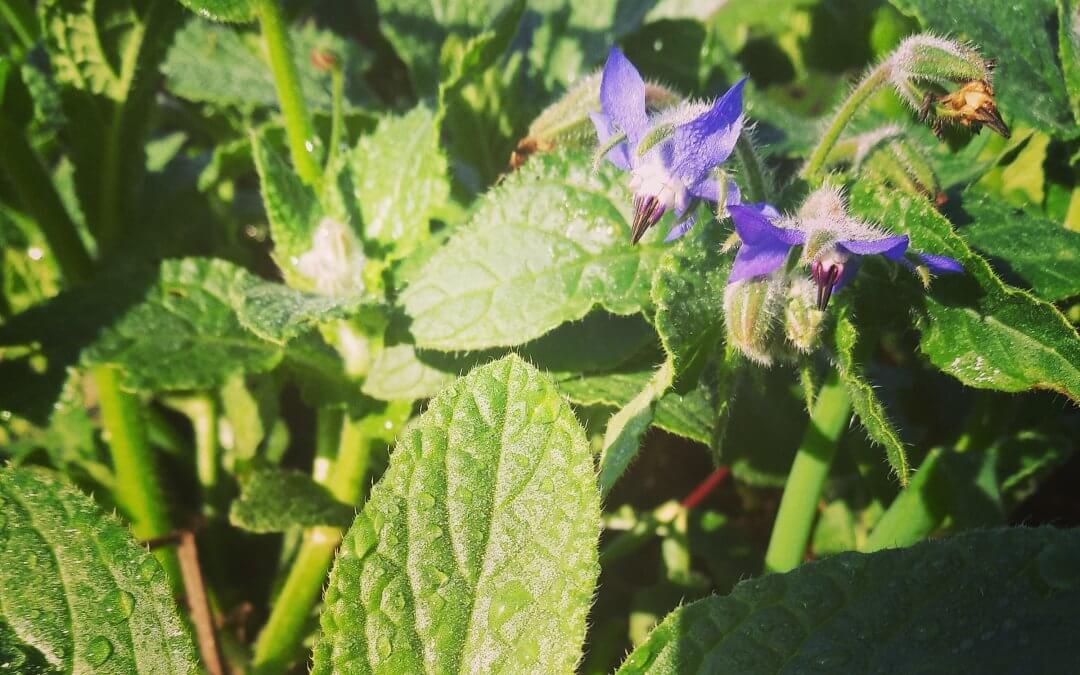 Borage (Borago officinalis), also known as starflower, is native to the Mediterranean but is found globally as an aesthetic or culinary plant.
There are many medicinal actions of the borage plant ranging from treating gastrointestinal, respiratory, cardiovascular to urinary issues making it known as a general tonic. The seed produces a fatty acid oil, & the leaves create mucilages that soothe irritated mucus membranes, but can trigger epileptic or schizophrenic episodes in those susceptible to the conditions. The aerial parts of the plant also contain unsaturated pyrrolidine alkaloids which can be toxic to the liver when consumed in large doses.